The Weeknd Brings in the New Year with “Save Your Tears”

Masquerade masks, moody lighting, and surprises are just some of the things you can expect to see in The Weeknd’s newest music video for “Save Your Tears”. Abel Makkonen Tesfaye (The Weeknd) started off the year with a bang by already amassing millions of views on it as well as speculation from every corner of […]

Earlier this month, Netflix released a report of some of its most-popular programming but, as usual, didn’t give any statistics. So, a company called “ReelGood” tracked all of Netflix’s Daily Top 10 reports and ranked shows based on a point system. Other than some obvious shows such as The Office, one of the highest ranked shows was […]

Gift shopping is nearly always stressful. You want to make someone happy and have them enjoy your gift, but how do you know what they would like? It’s especially difficult when you don’t really know the person and their preferences. I’ve been having this issue with several of my friends, so I decided to take […]

Remember those days where you’d hear a song on the radio but couldn’t figure out what it was called or who sang it? The song slips through your fingers, and you’re left surfing radio stations for weeks hoping to find it again–but alas, it’s gone. What an awful feeling. Fortunately, that is no longer an […]

What do Americans think of Polish Food?

Polish cuisine. Ah, the crème of the crop. My mouth is already salivating just thinking about placki ziemniaczane sizzling on a stovetop and the comforting aroma of a warm bowl of zurek.  If you’re like me, then you grew up eating Polish food and have continued to love it. But what always intrigues me is […]

“Frisson” has to be one of my favorite words in the English language. Not only because the word itself sounds epic when it’s said (frēˈsôn), but also because it describes the feeling of chills you get when listening to your favorite music. We’ve all been there. That tingle or chill that might cause your arm […]

Harry Styles reminds us why he’s the golden boy

The man that just keeps on giving gives again. Harry Styles’ latest music video, “Golden,” eases us into the upcoming cold months with one last taste of summer. The video does the song’s name justice. Radiant sun rays alongside the serenity of a picturesque sunset allow me to feel the warmth through the screen. It […] 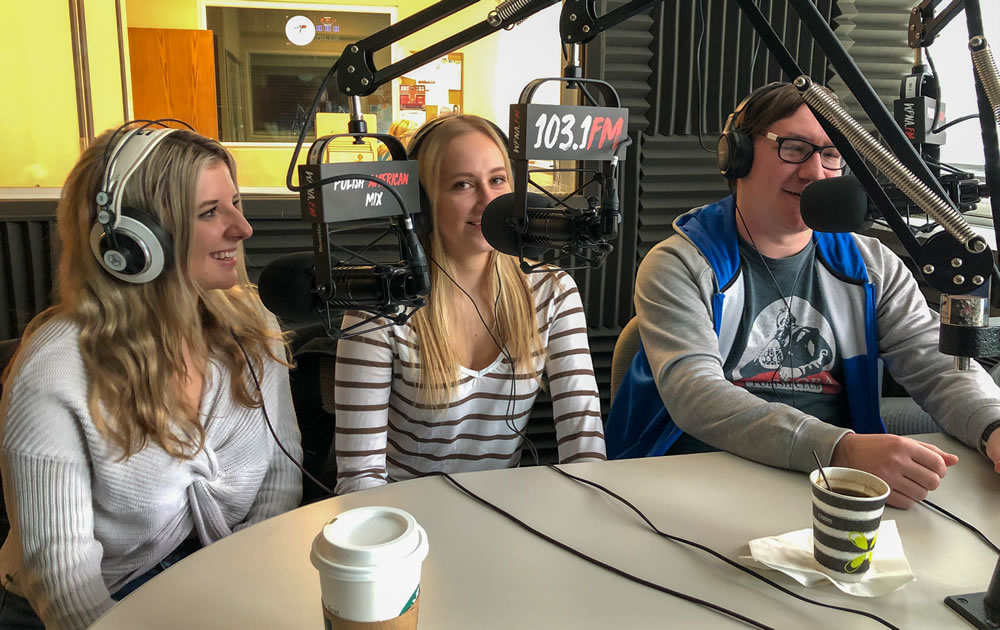 Energetic student leaders from Zagloba, a Polish club from the University of Illinois in Urbana Champaign, came to the WPNA studios to share what they do best: spread Polish culture on campus. I can write all about the club here (something that would take hours), but I’d rather let the members speak for the club […]

App of the Week: Headspace

I never understood the motivation behind meditating. To me, it always seemed pointless and a waste of time. Who wants to just sit there and think about nothing? Then, in an effort to better deal with the stresses of this year, I decided to give in and try it out. Not knowing where to start, […]

słuchacze, we need your help

Dear listeners of WPNA-FM, Adela and I from the Afternoon show have a favor to ask of you. Perhaps the greatest favor we’ll ever ask for. Here’s the thing: We’ve been entered in a Halloween costume contest. That’s all fun and games and we’re excited, but if you’ve ever tuned into the Game Corner, (Wed. […]